Now that Emmy is O N E (!), I thought I’d compile a list of our top 10 picks from her first year. These items are the things we couldn’t live without, and are BOTH Emmy and Mommy approved! (I asked Matt for his input and said, “If you had a friend who was pregnant, what’s the #1 thing you’d tell them to get for the baby?” And he said “A really good mommy” #heispresh) 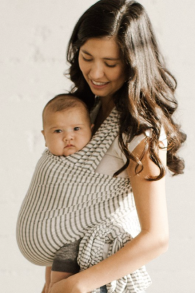 1. A Baby Carrier // Our favorites are the Solly wrap and the Wildbird sling. Vastly different (yet serving the same purpose–a close, cuddly baby and a hands-free mama or dada), we’ve used both in different stages. Only wanting to get one? I’d choose the Solly. It’s softer and has less of a learning curve. Matt personally loved the Solly and refuses to wear the Wildbird, even though they’re both neutral colors. #men 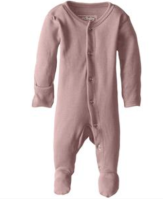 2. Footie Jammies // This might be obvious, but also might not be. Emmy has spent at LEAST half her life in footie jammies. And if she’s anything like her mama, she hates having her feet cold. Our top brand picks are Burt’s Bees (size up) and L’oved Baby (true to size). 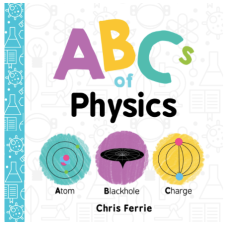 3. Books // Also obvious, but there are some real hidden gems out there. Check out: 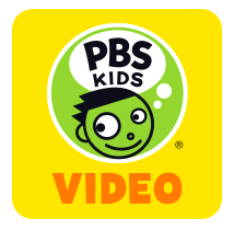 4. PBS Kids App & Netflix // Yes this is technically two things, but the use we’ve had for Emmy from both has been amazing. I think there’s some science about how every minute a baby watches TV an angel loses its wings or something, but Little Baby Bum (Netflix) and Super Why (Netflix & PBS app) have saved us both many times. PBS Kids App is free, Netflix is….however much Netflix is. 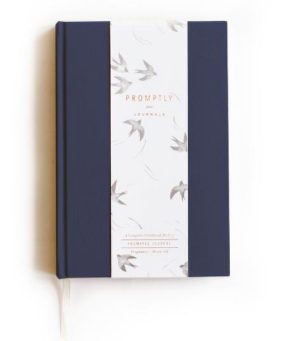 5. Promptly Childhood History Journal // This is so much MORE than a baby book. It covers pregnancy through age 18. That might sound overwhelming, but it’s got manageable prompts, and once they turn one you’re only filling it out once a year. Plus it’s beautiful. This will be such an heirloom. 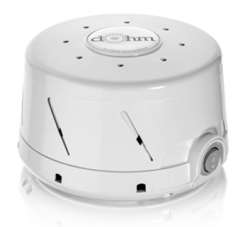 6. White Noise Machine // Kid can’t sleep? Please tell me you’ve got a white noise machine going FULL BLAST. We have this one, and it’s the loudest BUT it’s broke after 9 months of use. Thankfully the manufacturer sent us a new one (like four weeks later, ugh). We also have this one and use them both. Don’t think you’re using white noise if it’s on the lowest volume setting. The white noise they heard in your belly is apparently equivalent to running a vacuum, so turn the dang machine up! 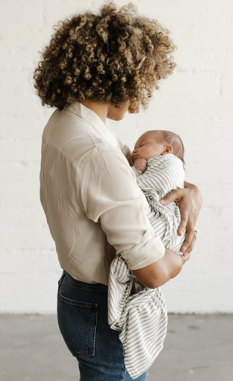 7. Solly Swaddle Blanket // This was gifted to us by my friend Madison and now it’s my #1 baby shower gift. They’re a little pricey so moms often won’t buy for themselves, but this is the most buttery-soft blanket EVER. It’s super lightweight (so great for Florida), and huge so you can legitimately swaddle a baby in it. I’m convinced I’m going to use it as a scarf or something once we’re done using it as a baby blanket. 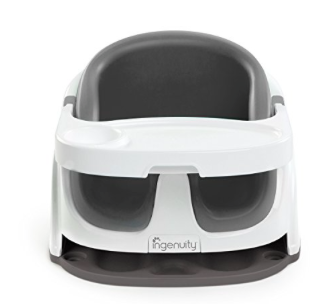 8. Ingenuity High Chair // This has served the purposes of both a Bumbo and a high chair. The tray stores under the seat which is GENIUS and is also dishwasher safe. 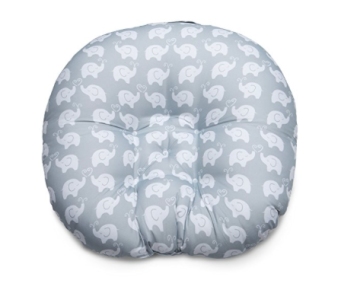 9. Boppy Lounger // Emmy probably spent *too* much time in this, but whatever. It was great to put her on and feed her a bottle, or just for her to lounge while I cleaned up, did laundry, or took a shower. We literally just put this away for good like three weeks ago, so it gets plenty of use! 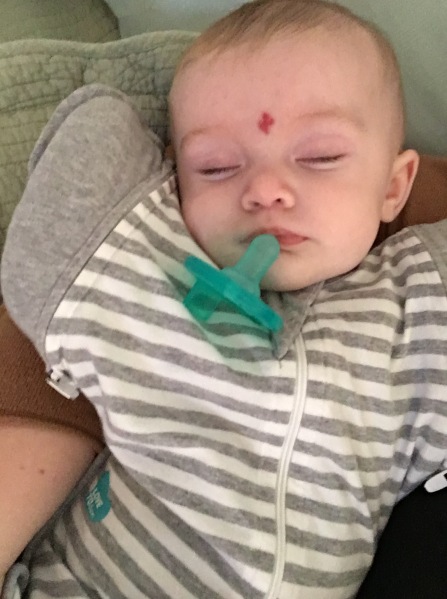 10. Love To Dream 50/50 Swaddle: This thing was the BEST and Emmy slept so well in it. It allows babies to keep their hands near their face for self-soothing, but is snug in the chest for them to feel like they’re still being hugged. Once you’re ready to start working on arms-out swaddling, you can unzip one “wing” at a time to allow baby to adjust. Seriously worth EVERY PENNY.